A: Kentucky has a variable climate, often experiencing very hot and humid summers and very cold, snowy winters. A metal roof stands up well against all types of weather without influencing the interior temperature of the home. In the summer, the metal roof absorbs a great deal of heat without transferring it through the roof bed into the home. It’s common to assume that a metal roof would make a residence unbearably hot, but modern metal roof technology ensures this is not the case.

On the flip side, a metal roof acts as a buffer during the cold weather, absorbing more sunlight than shingled roofs and preventing cold air from entering the home. A metal roof also helps minimize nighttime heat loss better than a shingled roof, keeping heat inside the home twice as well as a shingled roof.

Q: How Long Will a Metal Roof Last in Louisville? 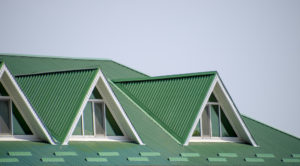 Q: What Is the Environmental Impact of a Metal Roof?

A: Many modern homeowners are growing more environmentally conscious and want to make more sustainable choices when it comes to home ownership. Asphalt shingle roofs will eventually end up in landfills when they reach the end of their functional lifespans, but metal roofs are entirely recyclable. Many metal roofing material manufacturers produce new metal roofing material from recycled and reclaimed metals. When a metal roof reaches the end of its lifespan, it can be recycled into new roofing material or other products.

Q: Is Kentucky the Right Place for a Metal Roof? 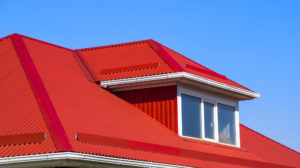 A: Metal roofs are ideal for variable weather and extreme temperatures, holding up much better than traditional asphalt shingle roofs. A metal roof will provide better insulation in the winter and keep a home comfortable during the summer. Louisville also sees a fair bit of precipitation throughout the year, and many homeowners with asphalt shingle roofs contend with ice dams, leaks, and other water-related issues due to their outdated asphalt shingle roofs. Metal roofs require minimal maintenance year-round, offering the best protection during all kinds of Kentucky weather.

Q: Is a Metal Roof Vulnerable to Any Type of Physical Damage?

A: When you order a metal roof installation, a good contractor will recommend cutting down low-hanging tree branches that may scrape against the metal roof. Tree branches with sharp points could potentially scratch the galvanized coating of a metal roof panel, leading to rusting or corrosion. Similarly, it’s vital to keep metal debris, brick fragments, and a few other substances off of the metal roof. Due to the chemical composition of some substances, sustained contact with the metal roof’s surface can cause the metal’s coating to break down, leading to rusting and corrosion. 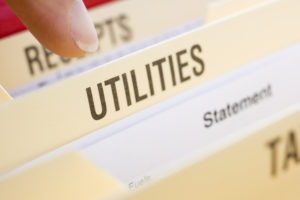 A: One of the benefits of investing in a new metal roof for a Louisville home or business is the increased energy efficiency it can provide. A metal roof makes it much harder for cold air to enter or warm air to leave a home during the winter, so the home’s heating system won’t need to work as hard to maintain a comfortable temperature. During the warm weather, the metal roof helps prevent cool air from escaping and reduces air stratification, allowing the home’s air conditioning system to cool interior spaces more efficiently. Many homeowners who invest in metal roofs notice lower utility bills within a month or two of completing metal roof installation.

Q: What Style Options Are Available for a New Metal Roof? 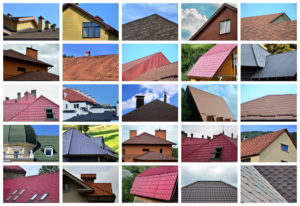 A: When many people think of metal roofs, they often think of standard vertical seamed metal roofs. This standard metal roof style is more versatile than many realize, available in many different colors and finishes. Most metal roofs are aluminum, copper, zinc alloy, or galvanized steel. However, metal roofs come in many other styles as well. It’s possible to install a metal roof that mimics the appearance of Spanish tile, cedar shake, or even standard asphalt shingles with dimensional shingle metal roofing material.

Metal roofs offer many distinct advantages over traditional asphalt shingle roofs, for both homes and commercial properties. Many homeowners throughout the country may wonder whether metal roofs are a good choice for their local climate, and Pennsylvania has one of the most variable climates in the United States. Thanks to the versatile benefits of metal roofs and their ability to soundly withstand many different types of weather better than asphalt shingle roofs, Kentucky is one of the best places to install a new metal roof.

4.94 Rating
Based on over 976+ Reviews on bbb.org and guildquality.com
The installation team was a real pleasure dealing with. They were very polite, friendly and knowledgeable. They even took the time to make a cozy hang out in our yard with the fire ring and...
Dianne M.
Product: general
Great company. Good product and reasonable prices. Very professional. As a construction worker myself it's nice to see a contractor that is on the ball. I would definitely hire them again!
David B.
Product: general
The Sales reps were very informative and respected the fact that I had done significant research in advance. As such, I had to keep prompting them to skip the sales pitch and get to the...
Gary S.
Product: general
I'm most satisfied with the aesthetics of the overall job. The roof seems to be doing a great job, and I don't have any problems with my roof anymore.
Samantha P.
Product: general
Great company great experience. We love our roof and appreciate the salesman and install crews. We would defiantly recommend Erie to anyone.
Bob P.
Product: general
A+