When you’re considering purchasing a roof, style is one of the most important factors in any decision-making process. You want your roof to seamlessly fit into the theme that you have established on both the inside and outside of your home. A stunning roof can be the statement piece that elevates your home’s aesthetic and makes it stand out from the crowd. On the contrary, a sub-par roof can bring down the curb appeal of a home significantly and make it noticeable for the wrong reasons. This is why taking the appropriate amount of time to make the right decision is essential.

In the past, you usually would have to sacrifice performance for style, but with metal roofs, that is no longer the case. You can have the same gorgeous designs that you get with other styles of roofs, yet with significantly more protection and functionality for your home. Metal roofs can be designed to perfectly emulate a large variety of different styles and designs that can smoothly blend in with any type of home. In addition, metal roofs last much longer than their counterparts and are much more environmentally friendly.

While metal roofs can work on any home style, they can greatly enhance the aesthetic of these popular styles. 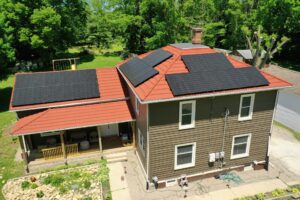 Some of the most popular choices of homes for metal roofs are ones following the Mediterranean style. Some of these homes’ most prominent features are:

Mediterranean homes are most common in warmer climates with California, Florida, and Texas being the top states in the U.S. for them. Inspired by the way of life for people in the Mediterranean, these homes incorporate large sections of outdoor space into the design and make it flow with the interior. 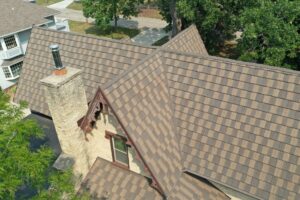 As the name may suggest, these homes became popular during the reign of Queen Victoria in England during the 19th century. At the time, England had immense global power and influence, and much of the world began to see this building style spring up in their communities. Countries outside of England such as the United States, Australia, Canada, and New Zealand, all still have Victorian style architecture and homes.

Victorian homes offer several distinct features that make them easily identifiable, such as:

These homes often project luxury, elegance, and historical legacy at first glance. They can be quite spacious, too, with a large majority of these homes having two to three stories. The southern parts of the U.S. have a large number of Victorian homes, as well as cities such as San Francisco, with their iconic ‘Postcard Row’ being one of the city’s most identifiable locations. Victorian homes are also common renovation projects, thanks in part to the large majority of them that were built at the height of their popularity. 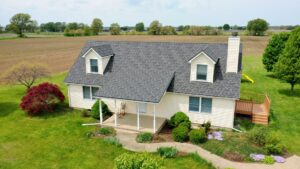 Colonial style houses date back as early as the mid-17th century, and they are recognizable for their simple, yet practical design. This style of home was made by British Colonists when they first arrived in America, who brought their architectural knowledge and applied it to the selection of new materials found across the New World. As a result, the distinct American colonial style was born.

You can recognize this type of home thanks to its simple, non-flashy design features that promote practicality and modesty. A few of these features are:

These homes are most common on the East Coast of the United States, where the original 13 colonies were located. There was a period of colonial revival during the late 19th to early 20th century that saw more of these styles of houses built, however, so it’s possible to find them across the country.

In modern times, colonial style homes are often an umbrella term that can also refer to ones inspired by French, Dutch, and Spanish architecture. These aren’t the only style of colonial homes, though, as there are many other types from different time periods and cultures from around the world. With the melting pot that the United States is, it’s in a unique position to combine all of these unique influences to produce some unmistakable and remarkable homes.

Contemporary homes showcase 21st-century design and all of the modern luxuries that come with it. You can expect to find contemporary homes with the latest in technology, amenities, and design. These homes often go for a futuristic look and are constantly adapting to trends and new advancements made in architecture.

Some identifying features of contemporary homes are:

Contemporary design often goes in contrast to many traditional building styles and covers a wide range of different homes, which helps to make it as popular as it is. Contemporary design can also be referred to as Scandinavian design, which promotes strong, smooth lines and can feel minimalist. 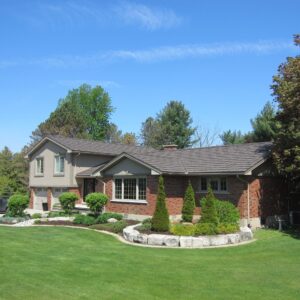 Selecting which style of roof is right for you and your home is a big decision, and it should not be taken lightly. Finding the best way to incorporate style and functionality takes time, expertise, and skill. Taking the time to consult with professionals will help you answer any questions that you may have and help you find the best roofing options for your unique situation.