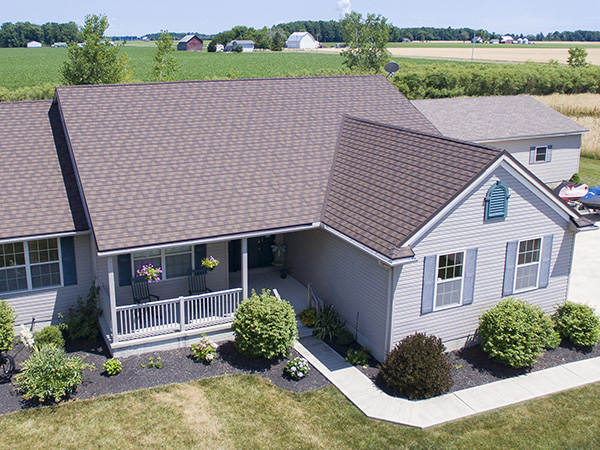 The History of Metal Roofing

Roofing has a key practical purpose in architecture: It is the primary aspect protecting inhabitants from the weather. It needs to be weatherproof to not only effectively cover people, but also to protect the utilities of the structure. A metal roof is also an aesthetic addition that completes the statement of the design. Metal roofing affected the roofing industry at key points in history and is a true product of the Industrial Revolution. Many historic American buildings have metal roofs, and several of the architects who helped shape early American architecture preferred the material.

Sheet metal was developed during the American Revolutionary War (1775-1783). A manufacturer named Robert Morris created it in Trenton, New Jersey. Morris created the first sheet metal roof for his own Philadelphia mansion. Sheet-metal roofing because popular in the 19th century, and metal roofing was specifically used on buildings whose roofs had a gentle, rather than steep, incline. With domed or gently inclined roofs, tile and clay would not maintain the shape. Sheet metal was first used for agricultural and industrial buildings.

Corrugated iron was patented in England in 1829. Corrugation is a process that stiffens the metal sheets. Due to this process, corrugated metal is used over a greater area with a lighter frame. This reduced installation and labor costs significantly.

In 1837, galvanization was developed in France. Galvanized metal is treated with zinc to prevent rusting. By the 1850’s, galvanized iron was being used in post offices, train sheds, and factories. The metal was also fire-proof thanks to the galvanization process.

Canada used tinplate iron roofing with greater regularity before the United States did. Thomas Jefferson advocated for the use of tin roofing. When rolling mills were established in the States, tinplate roofing became very popular. The lightweight, low-cost, and low-maintenance material could be embossed with patterns, which kept it popular through the late 19th century.

W. F. Norman Manufacturing Co. was one of the first manufacturers of stamped sheet metal that imitated clay tiles. This roofing material was popular in the late 20th century in places with hot weather, like Nevada, New Mexico, and Colorado. The stamped metal provides the aesthetic effect of tile while keeping the building at a cooler temperature.

Christ Church in Philadelphia is the final resting place of most of the signers of the Declaration of Independence. It was the tallest building in the very young United States of America from 1754 to 1810. Copper sheets with standing seams covered the roof of Christ Church from 1727 to 1744. These copper plates were imported from England. At the end of the 18th century, American manufacturers developed facilities for rolling sheet metal and the copper from England was no longer needed.

Monticello was the primary plantation owned by Thomas Jefferson. The giant plantation house (which Jefferson designed) had tinplate iron roofing from its conception in 1770 until 1802. The building is currently a UNESCO World Heritage Site.

Nassau Hall at Princeton University is a pillar of American history. It survived an attack during the American Revolutionary War and went on to be the site where George Washington was congratulated by the patriots on the victory of the war and signing of peace with England. In 1802, the hall was ravaged by a fire and only the walls were left standing. During the refurbishment, the roof was replaced with a sheet metal roof. The architect in charge of the refurbishment was Benjamin H. Latrobe.

The Arch Street Meetinghouse is a historical landmark in American history and the hub of Quaker worship. It stands in Philadelphia and was built in 1805 with a tin shingle roof.

William Strickland was an architect and student of Benjamin H. Latrobe. He designed many historic buildings in Philadelphia. In 1834 he proposed a corrugated iron cover to serve as a roof for his design of the Philadelphia marketplace.

One of the first metal roofs in the South was installed in 1857. It was installed on the U.S. Mint in New Orleans. The Mint’s roof had 20-gauge galvanized, corrugated iron, thus making it fireproof. It closed during the Civil War and was closed permanently as a minting facility after the war ended. It is currently a branch of the Louisiana State Museum.